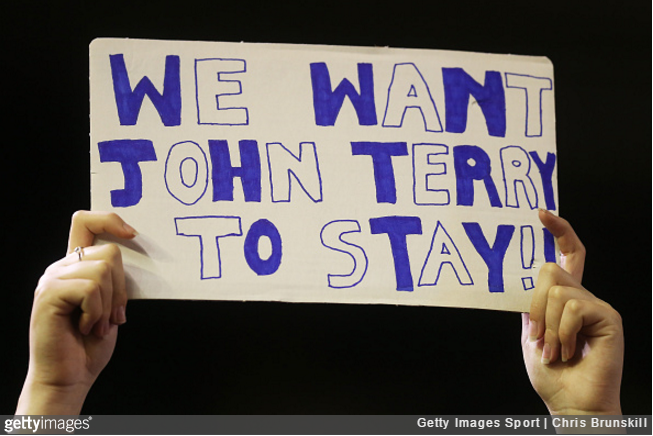 The A4 placards have spoken. Out of the blue, Chelsea have offered John Terry a new one-year extension to his current contract, which is due to expire at the end of this season.

Given that Chelsea this morning cancelled a ‘Farewell John’ tribute segment at their upcoming end-of-season awards shindig, the whole thing hasn’t come as much of a surprise.

It is announced in the press conference that John Terry has been offered a one-year contract extension. John is considering the offer. #CFC

So, now the only decision Terry has to make is whether to stick around and give Antonio Conte the old ‘sour-faced club legend on the bench’ migraine all next season or swan off to China and earn half-a-million quid every seven days.