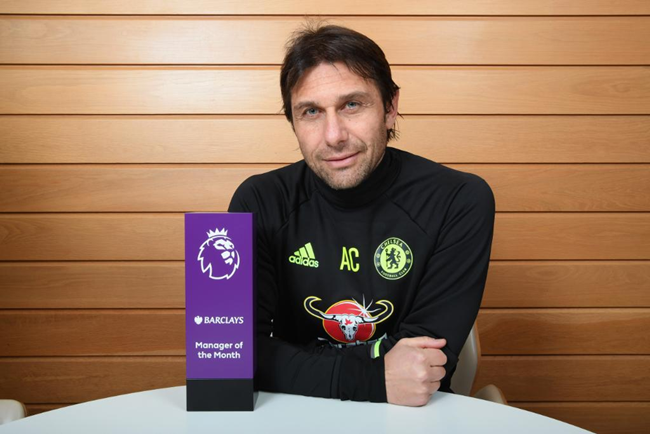 With Chelsea rattling through six successive victories, it should come as no surprise that Antonio Conte has been bestowed with the Premier League Manager of the Month award for December.

Thanks to their streak, the Blues equalled the Premier League record of 13 consecutive victories in a single season before finally coming unstuck against Tottenham on the 4th of January.

The award represents yet more history-making fare for Conte, who duly becomes the first ever manager to win three consecutive MotM awards in the same season.

He’s not doing a bad job at The Bridge so far, eh?