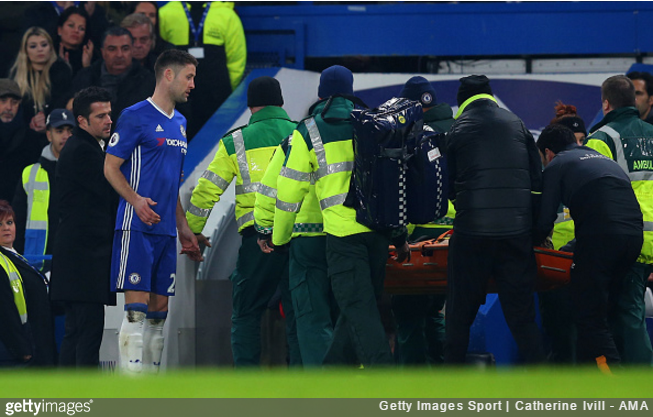 Hull City have confirmed that Ryan Mason is now in a “stable condition” in hospital after suffering a fractured skull during Sunday’s game against Chelsea.

Mason was involved in a gruesome (though completely accidental) clash of heads with Gary Cahill that left the Chelsea defender groggy and the Hull midfielder flat out on the turf.

Thankfully, the emergency medical team at Stamford Bridge were able to treat Mason quickly before the 25-year-old was taken to hospital.

The Tigers, via a club statement, have since confirmed that he underwent surgery and will now spend the next few days recuperating at St Mary’s.

Ryan is in a stable condition and is expected to remain in hospital for the next few days.

Everyone at the Club would like to express their sincere thanks for the excellent and swift care given to Ryan by both the Accident and Emergency department and Neurosurgery Unit at St Mary’s Hospital.

Here’s wishing Mason the very speediest of recoveries – and we should spare a thought for Cahill too, who looked visibly distressed while discussing the collision after the final whistle.