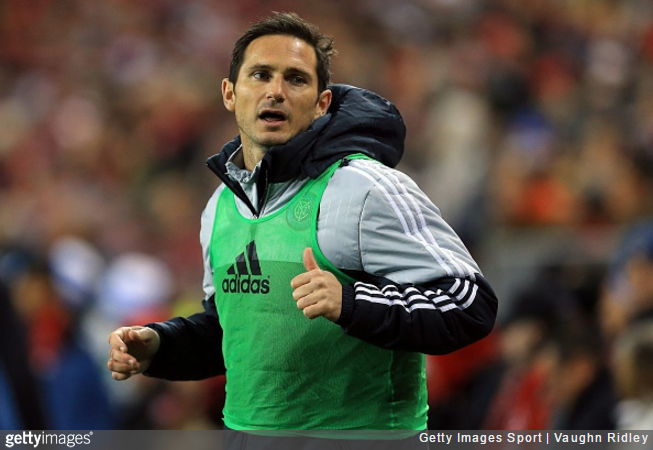 Frank Lampard has announced that, after 21 years at the coal face, he’s officially bowing out from professional football at the grand old age of 38.

As is the fashion these days, the former West Ham, Chelsea, Man City, New York City and England midfielder made his big announcement on Instagram:

After 21 incredible years, I have decided that now is the right time to finish my career as a professional footballer. Whilst I have received a number of exciting offers to continue playing at home and abroad, at 38 I feel now is the time to begin the next chapter in my life. I’m immensely proud of the trophies I’ve won, of representing my country over 100 times and of scoring more than 300 career goals. I have many people to thank. I thank my parents for instilling in me the values of hard work, dedication and professionalism, values which I have carried with me in everything that I do. I am forever grateful for the support of my family, my wife Christine and my two daughters Luna and Isla. What you have given me off the pitch has always been my strength on it. I love you all very much. Also, my friends and my own team that have always been there for me. I would like to thank the amazing team-mates, coaches, managers and backroom staff that I was privileged to work with. I’d also like to pay tribute to the clubs that I have represented. Firstly, West Ham United who gave me my debut in 1996. Thanks to the people there that believed in me at that young age. More recently Manchester City and NYCFC. I greatly enjoyed my last playing years at these two clubs and really appreciate the support I received from City Football Group and both clubs’ fans. Of course, the largest part of my heart belongs to Chelsea, a club which has given me so many great memories. I will never forget the opportunity they gave me and the success that we managed to achieve together. It is impossible to give thanks individually to all the people that helped and supported me in my 13 years playing there. All I can say is from the day I signed until now and going forward, I’m eternally grateful for everything and to everyone. Chelsea fans gave myself and my teammates such incredible support. Their passion and hunger drove me on personally to give my best year after year. I couldn’t have done it without them. Looking forward, I’m grateful to the FA for the opportunity to study for my coaching qualifications and I look forward to pursuing the off-field opportunities that this decision opens.

As well as bowing out as Chelsea’s all-time top goalscorer, Lamps also won 106 England caps and scored 29 goals for his country too.

Skewed by his astounding stats, it’s easy to forget that he was a central midfielder by trade.

There goes a true modern great.

All those games, all those goals, all those trophies and still he goes criminally underappreciated by too many people.

By heck, he was good.