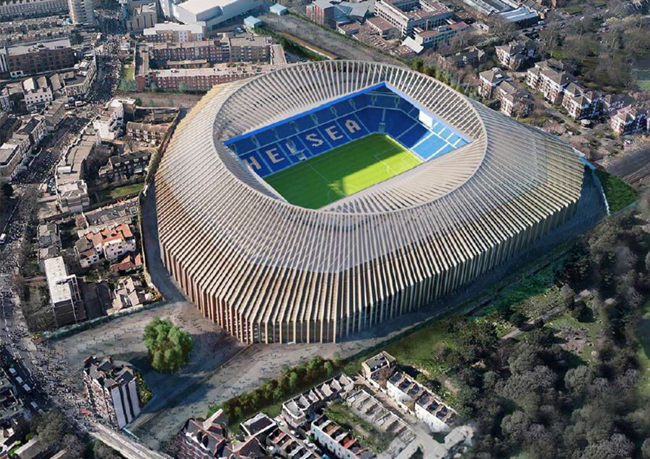 Chelsea have been given the green light to crack on with building themselves their shiny new £500million stadium.

Having already had their plans to demolish Stamford Bridge approved by Hammersmith and Fulham Council, the Blues have now been given the go-ahead to replace it with a new 60,000-seater ground on the same land.

Permission was formally granted by Mayor of London Sadiq Khan, who has the final say on all major planning applications in the city:

Having taken a balanced view of the application, I’m satisfied this is a high-quality and spectacular design which will significantly increase capacity within the existing site, as well as ensuring fans can have easy access from nearby transport connections.

I’m confident this new stadium will be a jewel in London’s sporting crown and will attract visitors and football fans from around the world.

As well as the stadium, Chelsea’s grand plans include an elevated walkway between the concourse and Fulham Broadway station.

According to architects Herzog & de Meuron, the new ground will be designed to resemble “a castle, or a medieval walled village”.

If the initial pencil sketches are anything to go by, it’ll look more like a space city from a dystopian future, as imagined in 1981.