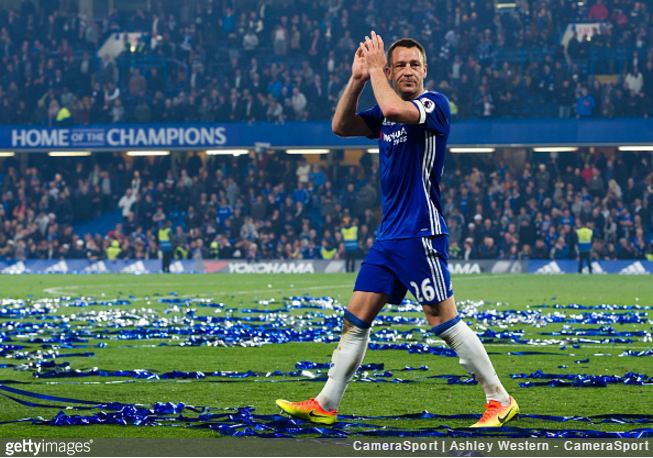 With a huge sports entertainment company to vice-preside over, it’s perhaps a little surprising that WWE star Triple H found the time to personally congratulate John Terry on winning the Premier League title with Chelsea.

Still, for reasons unbeknown, that’s exactly what Mr Jean-Paul Hunter Hearst Helmsley Levesque has gone and done, as well as sharing a photo of a specially customised WWE title belt, complete with Chelsea side plates…

Congratulations to John Terry and @ChelseaFC on winning the @PremierLeague! pic.twitter.com/22G7R32emY

Yep, we’ve got no idea either. Make of that what thou wilt.

As football continues on it’s seemingly unstoppable slide toward becoming pre-scripted entertainment, perhaps it’s not surprising that the WWE are starting to take notice.