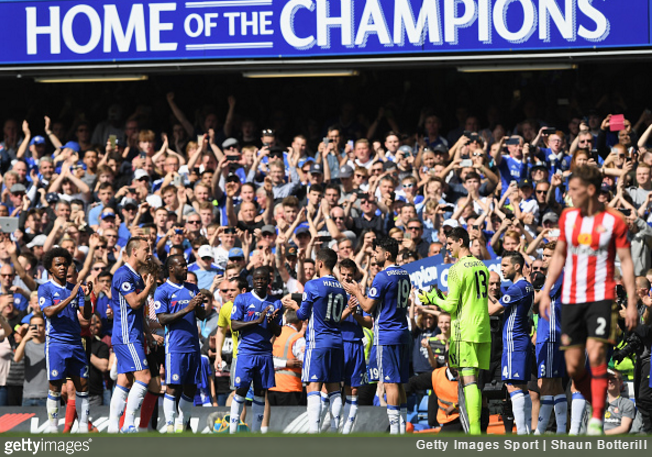 Many a tear was shed at Stamford Bridge this afternoon as Chelsea said their farewells to a club legend, one John Terry.

The Blues’ captain started against Sunderland, making his 717th and final appearance for his beloved club.

The run-out lasted just 26 minutes (his squad number), whereupon the substitute’s board was raised and Terry exited the pitch to a standing ovation, hugging his teammates as they gave him a mid-match guard of honour…

According to BBC Final Score, the guard of honour was actually Terry’s own idea.

Surely warrants a yellow card for time-wasting, no?

David Moyes reveals #SAFC agree to put the ball out in the 26th minute so John Terry could have his send off.

A little embarrassing for all involved.