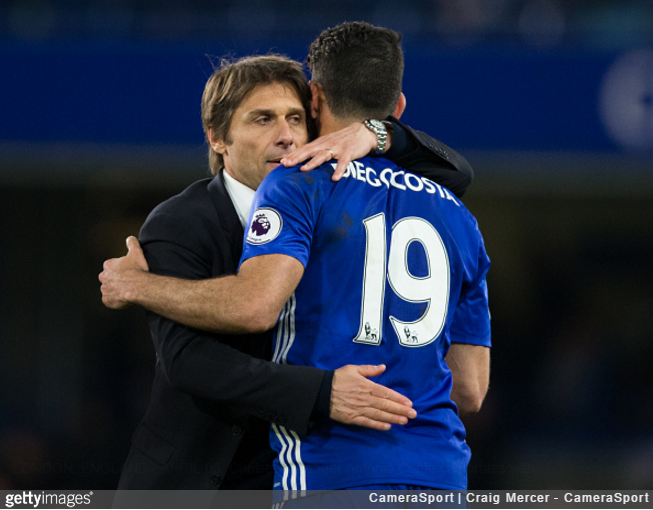 It very much looks like Diego Costa’s time at Chelsea is at an end, with manager Antonio Conte apparently informing his top goalscorer that his services will no longer be required via text message.

Speaking to reporters while on international duty with Spain, Costa revealed that he’s now “looking for a way out” after being told by Conte that he won’t be “counted on” for next season in the most ruthless manner imaginable.

Spanish newspaper AS are now claiming to have laid eyes on the very text message in question and, rather handily, have re-published it verbatim for the world to see.

Here it is, in all its gloriously impersonal brevity:

Hi Diego, I hope you are well. Thanks for the seasono [sic] we spent together. Good luck for the next year but you are not in my plan.

AS also claim to have seen Costa’s reply, which they describe as “less than effusive” – and it’s not hard to see why:

Parting is such sweet sorrow, all 28 words of it.

We understand that Conte is a pragmatic, demanding, ambitious type of chap, but still – damn.