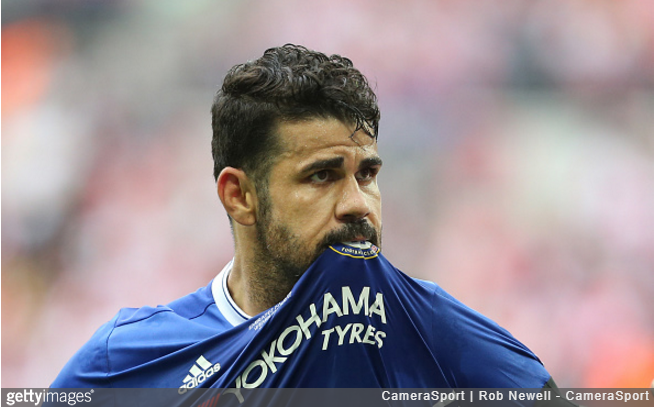 Diego Costa has provided us with further circumstantial evidence (if it were needed) that he won’t be a Chelsea player next season.

The striker reportedly already has one foot out of the door at Stamford Bridge having seen his already fractious relationship with manager Antonio Conte dissolve to nowt over the past few weeks.

While Conte’s players are beginning to report back for pre-season training in dribs and drabs, Costa has posted a video on social media of his thoroughly enjoying his holiday in Lagarto, Brazil.

Indeed, the 28-year-old filmed himself larking around at a party, wearing an Atletico shirt and asking fans to “give Conte a hug” from him…

Diego Costa is partying in Lagarto… in an Atletico shirt (from his Instagram video). Beats pre-season #cfc pic.twitter.com/9Iwv4rYblI

Here’s the video in full…

Professionalism, thy name is Diego.

Of course, Costa is hell-bent on a return to his beloved Atleti, who are currently banned from registering new players until January of 2018.

Ergo, he’ll either have to sign for his old club and simply not play for the first six months, or sign for Atleti and then find a secondary club willing to take him on loan until the winter transfer market opens.

In the mean time, Costa is seemingly intent on burning all of his bridges at Chelsea – which probably isn’t the most mature manner in which to go about business.