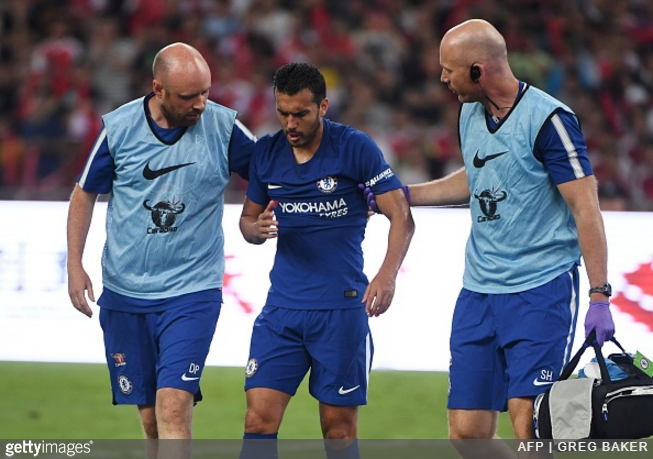 Chelsea have confirmed that Pedro suffered “multiple fractures” after being turned inside-out by Arsenal ‘keeper David Ospina during a friendly encounter between the two sides in Beijing on Saturday.

This is a red card all day. Absolute shame Ospina would do this in a friendly. pic.twitter.com/jYEbGGpXSf

Pedro then spent the night in hospital in Beijing where he was treated for concussion before being ferried back to London to recuperate while his teammates finish off their International Champions Cup commitments in China.

Conte says Pedro’s injury was more serious than he thought, he has multiple fractures but with a mask he should train in 10 days. #CFCTour

Another one. Chelsea seem to be single-handedly keeping the carbon fibre face mask industry afloat. 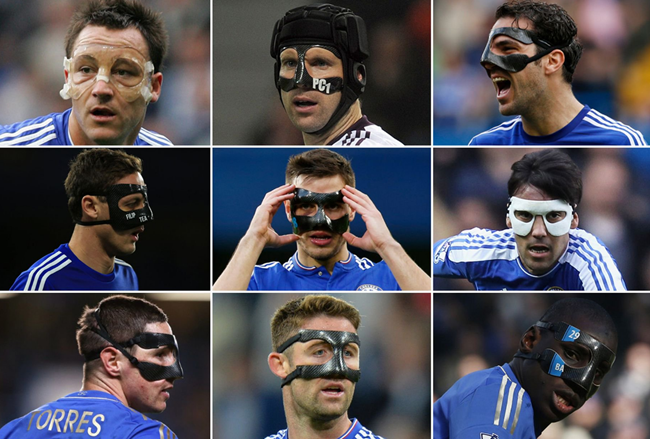