It’s Monday morning, which can only mean one thing: Garth Crooks has delivered his weekly selection of ‘XI players who scored at the weekend’ – known alternatively as his ‘Team of the Week’ for BBC Sport.

Oddly, Crooks has opted to pick a non-scoring player or two this time round, with Sead Kolasinac finding his way into the line-up following a sturdy outing in Arsenal’s stoic 0-0 draw against Chelsea on Sunday. 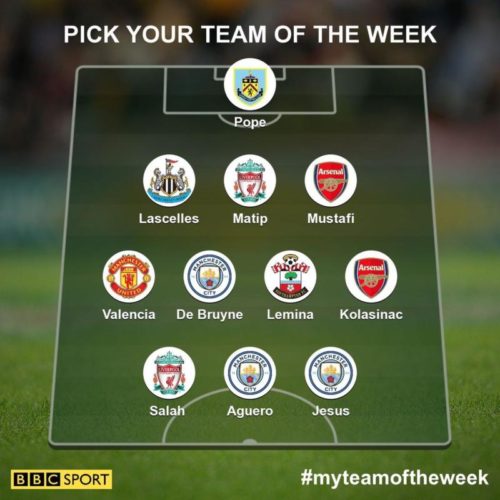 Indeed, Kolasinac has principally been given the Crooks seal of approval for getting absolutely nobbled by David Luiz in the last few minutes – a fierce lunge that saw the Brazilian receive a straight red card and the Bosnian left in a crumpled heap on the ground.

However, rather than hamming it up, the Arsenal full-back eventually hauled himself to his feet and saw out the remainder of the match, albeit with a faint limp.

This was enough to earn special praise from Crooks, who concocted a wonderfully poetic simile to describe the defender’s stout constitution.

Sead Kolasinac is built like one of those North London brick toilets that withstood bombing raids during the Second World War.

Even after the most awful tackle by my defender of the year last season, David Luiz, he rose to his feet determined to finish the game.

The way Luiz overran the ball in an attempt to draw Kolasinac into the challenge left me in no doubt that the Chelsea defender knew exactly what he was doing. In my view, he wanted a piece of Kolasinac.

In my playing days, both men would have received a standing ovation for a tackle like that – Luiz for throwing down the gauntlet and Kolasinac for accepting it.

Even though the Arsenal defender came off worst, the impressive Bosnia-Herzegovina international finished the game and with it earned a moral victory.