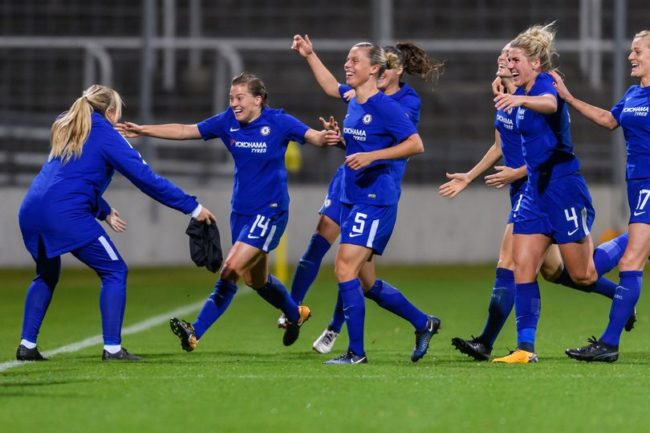 Chelsea Ladies put one foot in the Women’s Champions League quarter-finals after securing an impressive 3-0 win over Swedish side Rosengard in their last 16 first leg clash at Kingsmeadow.

Chelsea were the better side throughout and took the lead just after the half-hour mark, with Fran Kirby, who scored in the last round against Bayern Munich, netting a fine solo goal.

The visitors improved after the break, with German legend Anja Mittag coming off the bench just after the hour-mark.

However, it was Chelsea who would score again, with ex-Rosengard star Ramona Bachmann netting on 66 minutes.

On 73 minutes, the WSL sealed the deal when Gilly Flaherty scored after Kirby’s shot was blocked.

The game would end 3-0 for Chelsea, with the WSL leaders looked well placed to make it into the quarter-finals. 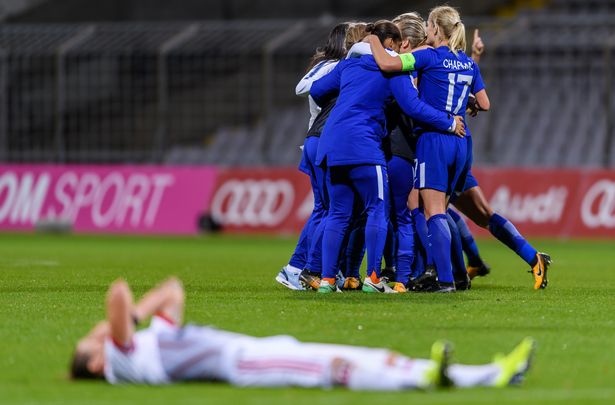 The return leg will be played in Malmo on November 15th.