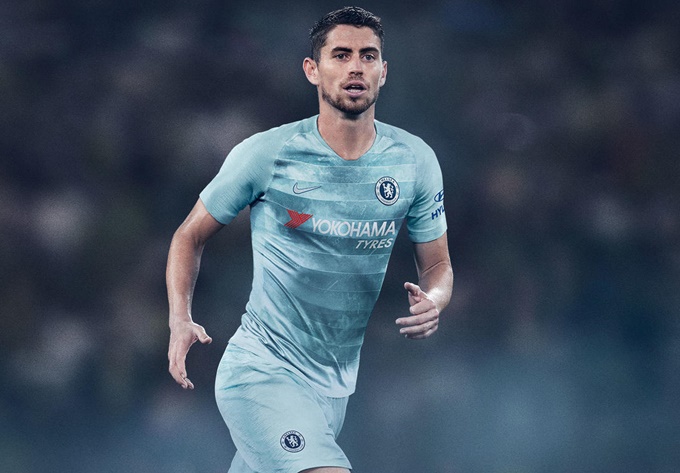 When Nike first daubed an aerial image of north London on Tottenham’s new third strip, Pies momentarily thawed, praising the kit designers for including such a smart, novel motif.

Several weeks on, it turns out Nike have done likewise with all their new third kits, with Man City, Atletico Madrid, Barcelona, etc, all getting the same ubiquitous treatment, as is the norm these days.

So, it should come as no surprise to learn that Chelsea’s 2018/19 alternative clobber comes with a birds-eye view of Stamford Bridge and the surrounding area superimposed over the ribbed, pale blue shirt… 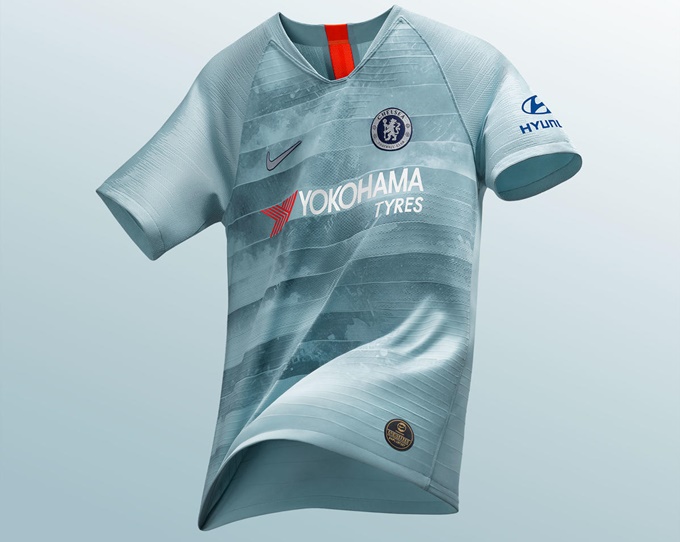 The jersey, which is paired with matching teal shorts and crimson socks, also features a ‘NikeConnect’ tab (the black button on the lower hem) which allows fans access to exclusive interactive content via a corresponding smartphone app.

It will be worn by the Blues during their Europa League campaign this season.