1 The Shaddap Your Face song
Just a great impression from Gift Grub. Always makes me smile.

2 The Special One arrivesâ€¦
For having the cojones to turn up in the country that invented football and announce ‘I am a Special One’. From that moment on, every football writer and fan alike knew that everything Mourinho did and said would be worth paying attention to.

3 The Terrier incident
We had to laugh when Jose was arrested and cautioned, in May of this year, for obstructing police officers who tried to quarantine his pet Yorkshire terrier. Who wouldn’t laugh out loud at the mental image of Mourinho sprinting away from Chelsea’s player of the year awards, his long coat flapping behind him, and rushing home to Belgravia to protect his ‘untouchable’ pet. A priceless Mourinho Moment.
4 Wine games with Fergie
I loved the fact that Mourinho and Alex Ferguson were so damn competitive that they even extended their one-upmanship to booze: ‘The last time Chelsea came to Old Trafford, Mourinho brought a superb bottle so Iâ€™ll have to reciprocate with something pretty special,’ said Fergie. ‘I wouldnâ€™t want him to be able to say that he gave me a better wine. Iâ€™ll have to think about a Chateau Latour or Margaux.’ Petty, yes, but also highly entertaining.
5 Being booed at a WWF live show
Jose tried to escape the glare of the spotlight by taking his kids to a wrestling event. Oops.

6 The ‘Best team lost’ excuse
Whenever a Mourinho team loses or even draws, you know that Jose’s well-worn ‘The best team did not win today’ excuse is not too far from his lips. He has to be the sorest loser in Premier League history. At first it was funny, then tiresome, then funny again.
7 Jose Arrogantio
Arrogantio – a surname that fits Jose so wellâ€¦

9 The overcoat
A key part of the Mourinho public image.

10 His smirk/pout/sulk
Jose’s facial expressions are limited to:
The shit-eating smirk of a man who has 100% faith in his abilityâ€¦ 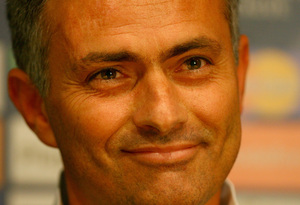 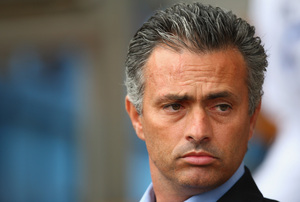 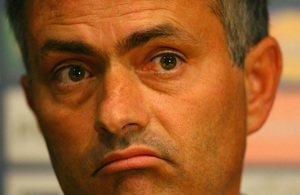 What is your favourite memory of Jose during his time at Chelsea?
More Chelsea news and views over at Chelsea Pies