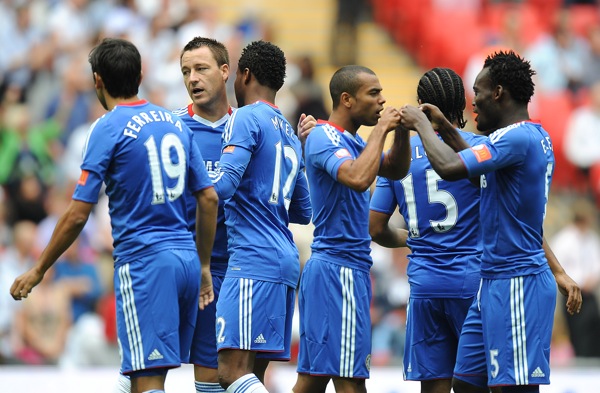 Goalkeepers – Petr Cech, helmet and all, is vital to Chelsea, partyly because he’s so solid and partly because his back-ups hardly befit a club of Chelsea’s size. Hilario is aptly named and Ross Turnbull is more raw than a rookie marathon runner’s nipples. Cech may not be fit for Chelsea’s first Prem game, against West Brom, and I hear Carlo Ancelotti is looking to bring in Stoke’s Asmir Begovic as cover. Begovic is superior to both Hilario and Turnbull. 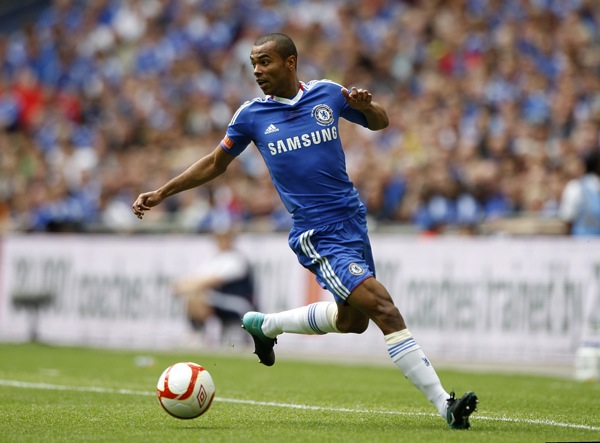 Defenders – A very, very strong area for Chelsea ever since Mourinho was at the club. At centre-back, there is immense physical power allied to huge experience, in the form of Alex (a monster), club captain John Terry and Ricardo Carvalho. But at what point does huge experience equal ‘past it’? Terry had a very poor World Cup and it’s clear his mind was elsewhere in the final stages of last season, but Chelsea got away with it. Carvalho is 32 and nearing the end of his top-level career too, but I would still pick him alongside Alex as Chelsea’s first-choice centre-back pairing. Expect also to see a few outings for the likes of Jeffrey Bruma, who Ancelotti rates highly, and Michael Mancienne, if he stays. The hugely impressive Branislav Ivanovic can also play in the heart of Chelsea’s defence and won’t let anyone down there.

Speaking of Ivanovic, he is now established as Chelsea’s preferred right-back – he’ll run through brick walls, he never moans and he gets forward with surprising effectiveness. He is some player and Jose Bosingwa, returning from a long lay-off, will have to go some to win his place back. At left-back there is the irrepressible Ashley Cole who, as we all know, is one of the best in the business. Yuri Zhirkov can deputise for Cole if needed, but the Russian will surely see more playing time in a more advanced position. Stalwart Paulo Ferreira, who commendably never bitches about his junior role as a squad player, is also on call and will get the occasional run-out.

Midfielders – Michael Ballack, Deco and Joe Cole have left. Yossi Benayoun and £18m Ramires come in. I don’t think this strengthens Chelsea notably – Benayoun won’t offer much more than Cole – although Ramires is a wonderful prospect and  will provide steel and energy where Ballack offered imperious arrogance. One bonus side effect of Ramires’s arrival is that it should free up both Michael Essien and John Obi Mikel to do more damage further up the pitch.

The remarkable Frank Lampard (for his club anyway) remains, of course, and will no doubt be the key figure in Chelsea’s midfield, along with the revitalised Essien, who is pound-for-pound one of the best players in the world. Florent Malouda had a breakthrough season in 2009-10 and it will be interesting to see how he fares after the French World Cup debacle. Nemanja Matic won’t be a first-choice pick but he is a useful player for Aneclotti to have up his sleeve – though there is a chance he will go to Bologna on loan. 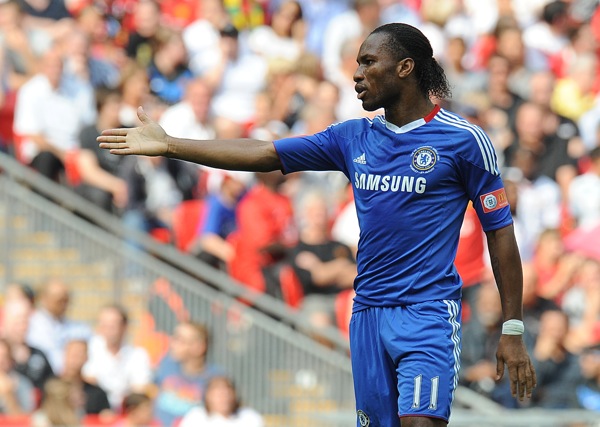 Forwards – When you have a fit Didier Drogba – a one-man wrecking ball – at your disposal, you don’t really need anyone else. He is such a destructive player and will again be crucial to Chelsea’s form. In the wings, there is Nicolas Anelka, fresh from his World Cup mutiny, the lively Daniel Sturridge (who Ancelotti seems to admire) and the improving Salomon Kalou. It’s a very solid quartet, with a nice mix of pace and power, youth and experience. Chelsea also have a batch of impressive young forwards in their ranks: Scott Sinclair, Fabio Borini, the outlandishly skilful Gael Kakuta and Franco Di Santo. But it’s not clear where all of them will be come the end of August. Sinclair might join Swansea City, Borini and Kakuta will stay at the Bridge, whilst Di Santo will probably go on loan again.

Formations – One of the main criticisms aimed at Chelsea is that they often lack width, especially when the played the now-discarded diamond. Yes, they can steamroller you through the middle, but a bit of width never hurts, and to some extent Florent Malouda provided it last season, as well as Ashley Cole bombing forward. Bosingwa is more adventurous than Ivanovic and the former’s return will also add some thrust on the right flank.

4-3-3 worked like a charm for Chelsea last year, and there’s no reason to abandon it. The prospect of Lampard, Essien and Ramires in the middle, with Malouda, Drogba and Kalou up front, is a daunting one for opponents.

Verdict – As you can see, Chelsea’s squad is based on power and physical ability – a lot of it too. These assets, which obviously play well in England, go to make up a formidable team with machine-like qualities. Where Arsenal sometimes struggle to beat the negative mid- and lower-table teams, Chelsea simply fight fire with even more fire.

There is a feeling that this is the last season at the very top for several of Chelsea’s older stars – the spine of Terry, Lampard and Drogba will soon need to be replaced – but I’m confident that they have one more cabinet-filling campaign in them.

Where do you think Chelsea will finish this season?