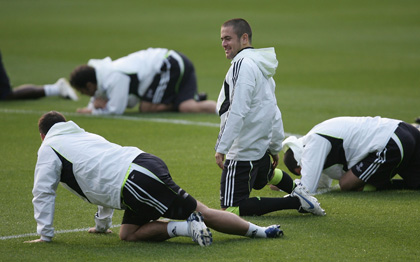 Chelsea v Schalke 04, Wednesay 24th October (ko 7.45pm BST time)
Chelsea have rediscovered their form since beating Valencia in their previous match in this competition and Stamford Bridge has long been considered a fortress under Mourinho.
Avram Grant will want to continue the tradition but he’ll be without two of his first choice defenders in John Terry and Ashley Cole â€“ while no one’s sure what sort of mood Diddums Drogba will be in.
Schalke are missing the influential German international Christian Pander but can count on an impressive away form so far this season – but we don’t think it’ll be enough.
Prediction: Chelsea 2-1 Schalke 04