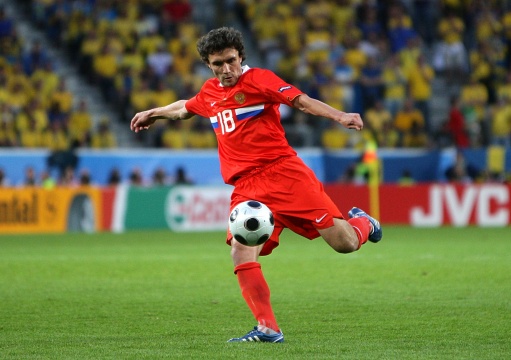 Granted this is a bit of a non-story, but I’ve chosen to relay it for one good reason – it contains what is possibly the most bafflingly excellent metaphor in the history of the modern game.

Zhirkov caught the eye by excelling as a ‘flying full-back’ for Russia during Euro 2008, but 73-year-old Ponedelnik believes that the role that he was asked to play by Hiddink was actually counter-productive;

“As a player, Zhirkov was broken by Hiddink, and it’s important to say this loudly as previously Yuri played tremendously as a left attacking midfielder.

But Hiddink decided to invent some revolutionary system so that one player was the left back and the attacking winger. But for that it was necessary to insert four hearts in Zhirkov.”

“He has a left leg as if he were holding a spoon in his hand to eat borscht [a variety of beetroot soup] from a cup.”