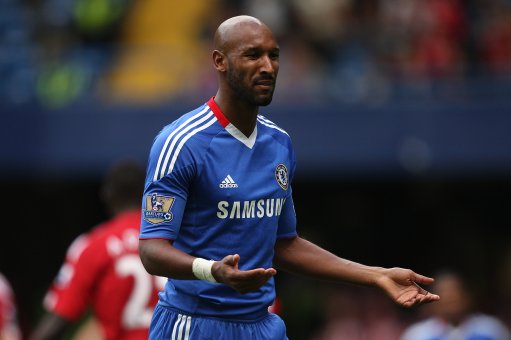 Chelsea striker Nicolas Anelka grabbed a brace of first-half goals in their routine 4-1  win over Slovakian side MSK Zilina in the Champions League last night, and celebrated the latter with a thinly-veiled ‘handcuffs’ jibe at the French Football Federation.

It seemed fairly obvious to me at the time, but apparently there was an air of mystery surrounding the cryptic gesture that Anelka has seen fit to clear up;

Anelka was banned for 18 games by the FFF for his part in Les Bleu‘s World Cup meltdown this summer, but retired from international football before the verdict was officially passed.