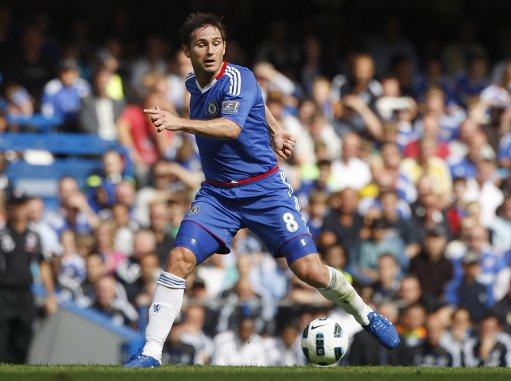 A minor setback in his bid to recover from hernia surgery will see Frank Lampard ruled out until after England’s Euro 2012 qualifier against Montenegro on October 12th.

Lampard hasn’t featured for Chelsea in over a month, and is now also set to miss out on their key European and domestic games with Marseille and Arsenal respectively.

“He can’t play on Tuesday [against Marseille]. We need to have more time than we expected for his rest. In a few days there will be an international break and he will be ready for the first game after the break. He didn’t play with us so I don’t think he is able to play for the national team.”

If everything goes smoothly, Lampard should now return to the first-team fold in time for Chelsea’s Premier League tie with Aston Villa on October 16th.

The question is, with Ancelotti’s side continuing their flying start without him both domestically (this weekend’s defeat at Man City aside) and in the Champions League, and with England looking a vastly superior side without him cluttering the midfield – does anybody really care anymore?

His prolonged absence certainly doesn’t pack the major punch that it would of a few seasons ago – an indictment of Lampard’s waning influence perhaps?