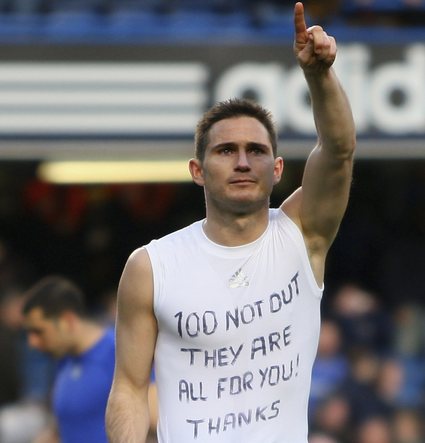 Frank Lampard scored his 100th goal for Chelsea during their FA Cup win over Huddersfield. First and foremost, that vest must be minging because his 99th goal came back in December. Secondly, who was Frank making the dedication to? Pies hazards ten guesses after the jump.

1 Ronald McDonald
For fuelling the Lampard goal machine.
2 Right Guard
For making his shirtless, arm-lifting celebration possible.
3 Huddersfield Town
For being from a low enough division that he could finally score his 100th goal.
4 Joey Barton
For keeping him on top form by threatening to keep him out of the England team.
5 The man in Row Z
For catching most of his wayward shots.
6 Roman Abramovich
For overpaying him week in, week out.
7 Jose Mourinho
For making him a player capable of scoring 100 goals.
8 Elen Rives
For putting up with him parading round with that vest under his clothes for the best part of two months.
9 Nike
For inventing the Sport Pie. 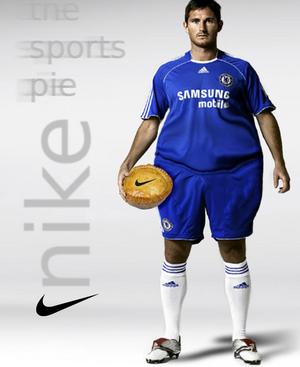 10 Opposition defenders around the country
For actually scoring approximately 70 of the 100 goals.