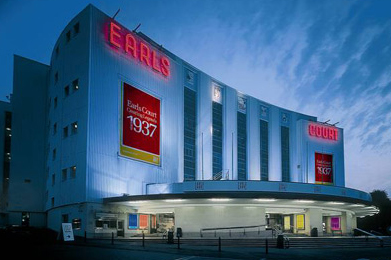 Chelsea chairman Bruce Buck has refused to confirm whether the Blues are in talks about moving to a new 60,000-seater stadium in Earls Court, as was reported this morning.

Reports claim Chelsea are in talks about moving to the site of the current Earls Court exhibition centre (located less than a mile from Stamford Bridge), which is due to be demolished after it hosts the Olympic volleyball tournament in 2012.

“It is very difficult for us to make the philosophical decision that we are going to move on,” Buck told the Guardian.

“Certainly we wouldn’t leave west London or thereabouts and there are very few sites available.

“We have to do things with our other commercial activities to make up the deficit that is created by the fact we don’t have a 60,000 seat stadium.

“We can’t say that we will never move or have a new stadium but at the moment, it’s not at the front of our agenda.”

Translation: Chelsea do want to move to Earls Court but will handle the move in a diplomatic fashion so as not to upset the fans; not that I think Chelsea’s fans have quite as much emotional attachment to the Bridge as Liverpool fans do to Anfield or United fans to Old Trafford, for example.

The softly softly approach is also necessary as there is a major plan to develop Earls Court into a residential paradise. Roman Abramovich’s size 9s would stomp all over that in a hurry.

Ultimately, Chelsea fans will only want what is best to ensure their team’s position at the Premier League’s top table – and they have managed that despite playing in only the eight-largest stadium in the English top flight.

Chelsea fans, are you prepared to leave the Bridge?