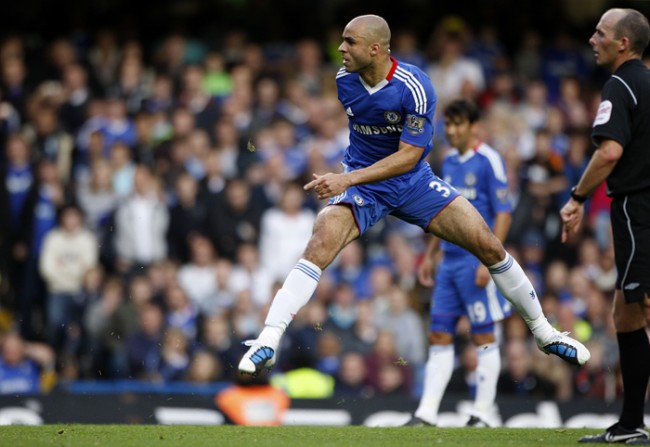 Thuderbooted, thunderthighed Chelsea centre-back Alex will miss the next six to eight weeks of the season due to an ongoing knee injury, the club have confirmed.

A statement on the Chelsea’s official website reads: “Further to the Chelsea medical team’s diagnosis, the Brazilian national team doctors agree that further investigation via arthroscopic surgery is required on the player’s right knee. That will take place over the coming days.

“He is expected to be out for approximately six to eight weeks.”

With defensive partner John Terry currently undergoing treatment on a problematic nerve in his leg, this news comes at a bad time for the reigning Premier League champions. Maybe we’ll see Michael Essien fill in at CB until either Terry or Alex returns?