Chelsea splash out Â£16.2m on a right back. But who is he? We tell you everything you need to know 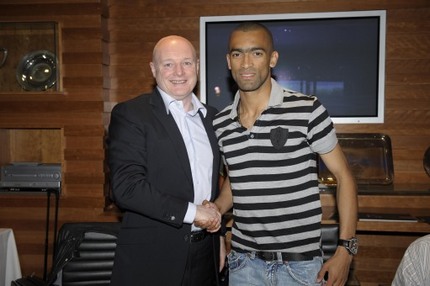 Name Jose Bosingwa
Age 25
Nationality Portuguese
Club history SC Freamunde, Boavista, Porto, Chelsea (current)
Position Right back. He used to play in the holding midfielder role, until he was transformed into a defender at Porto.
Is he any good? You don’t pay more than Â£16m on a full-back unless he’s a bit tasty; or unless you’re Chelsea, in which case you pay whatever the club you’re buying from asks (Â£13.2m for Paulo Ferreira? Yes please…). Bosingwa is Portugal’s first-choice right back and he’s been coveted by Europe’s biggest clubs for several seasons now – indeed, Chelsea beat Man Utd to his signature (Fergie wanted him to replace Gary Neville). So yes, he is a very capable player, although surely not worth as much as Chelsea paid for him.

The media view “Right-back has proved something of a problematic position for Chelsea, despite Paulo Ferreira earning a new five-year contract which was signed this season. Grant and Frank Arnesen, the head of Chelsea’s scouting and recruitment network, had considered moves for Bayern Munich’s Philipp Lahm, Daniel Alves of Sevilla and Sergio Ramos of Real Madrid before opting to pursue Bosingwa.
The Portuguese, who can also play on the wing, will compete with Ferreira at right-back, with the Brazilian Juliano Belletti, signed from Barcelona for Â£4m last summer, expected to leave in the summer. Michael Essien has been employed at full-back in recent weeks, as much to accommodate his energy in the team, though the attack-minded and pacy Bosingwa will be confident of becoming first choice.” [Guardian]
Wiki fact! “In May 2005, Bosingwa was at the wheel of his jeep when excess speed and wet road conditions led to a serious accident, with the vehicle skidding off the motorway and rolling down an embankment before bursting into flames. Along with the Porto player, four other footballers travelled, including then-Boavista player NÃ©lson. All escaped alive, but one of them, Sandro LuÃ­s (player of modest Grupo Desportivo Os Minhocas), had to have his left foot amputated as a result of the accident.”
YouTube evidence

Looks better than Ferreira, at least.
Have your say…