Despite losing the title on the final day of the season and the Champions League only because of a John Terry slip, Chelsea sacked Avram Grant at the weekend. Given that his main downfall – apart from failing to entertain the Roman Emperor sufficiently – was not living up to the charisma of Jose Mourinho, we thought the best way to mark his departure was his top quotes. 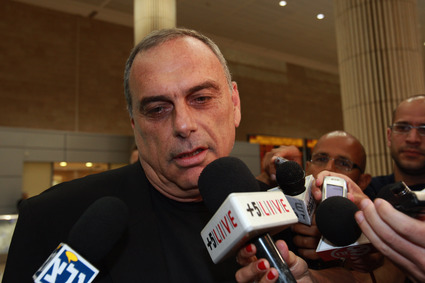 Grant at his most Mourinho-eque…
1.”When I received the team, I don’t think anyone, including the Prime Minister of England, could see us in the position we’re in now. We came from nowhere to fight for the championship and I think we’ve done a great job until now.”
Using the unofficial backing of Gordon Brown to big himself up and take a swipe at Mourinho.
2. “There are many, many people who need the help of the Government instead of an opinion about how much John Terry or Madonna have in their pockets.”
Responding bullishly to concerns raised by Sports Minister Gerry Sutcliffe MP about John Terry’s new contract.
3. “In England there are very good referees, but there are some – a few that you can influence, like you saw.”
Unhappy with Man Yoo’s perceived sway over Mike Riley.
4. “I am not ‘the Special One’. I’m the normal one. But my wife says I am special…”
Coining his own post-Mourinho nickname.
5. “You can write whatever you want and I can answer what I want.”
During a bizarre monosyllabic press conference after victory over Everton.
6. “Well, it could have been five.”
Instantly rebuffing a journalist’s suggestion that you can’t get any better than a 4-0 victory.