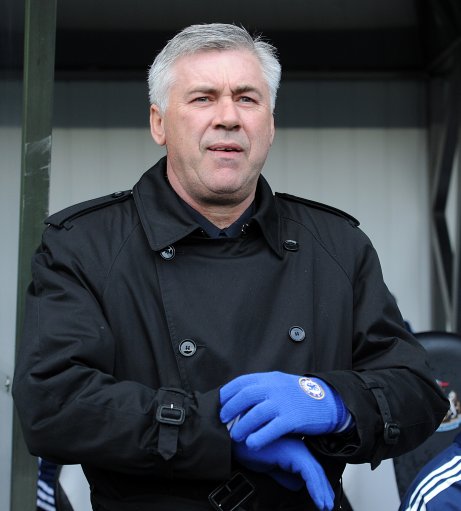 As you may or may not have been aware, there were a particular batch of rumours doing the rounds over the weekend which surmised that, due to the current staff upheaval at Chelsea, owner Roman Abramovich was/is lining up Barcelona coach Pep Guardiola to replace the incumbent Carlo Ancelotti at Stamford Bridge.

The line of reasoning was something akin to…Chelsea sack Ray Wilkins as Ancelotti’s assistant; Ancelotti unhappy at being undermined; Chelsea sporting director Frank Arnesen then announces his decision to leave the club; Abramovich keen to replace Arnesen with former Barca technical director Txiki Begiristain; Abramovich then asks Begiristain to have a crafty word in old pal Guardiola’s ear; Without a moments thought, Guardiola readily agrees to replace the unhappy Ancelotti.

However, the Italian himself isn’t quite so sure:

“I have heard of Pep Guardiola, to be frank. But you don’t have to ask me [about him replacing me], the coach is always the last to know. Don’t ask me.

“We are not interested. We focus on our training and our matches.”

Ancelotti also laughed off the claims that Chelsea are aiming to appoint Begiristain as Arnesen’s successor:

“I don’t know this name. I think there was a player at Barcelona, but I don’t know what job he is doing now.”

The way things are at the moment at Chelsea, you can probably expect Guardiola to be sworn in at the Bridge by this time tomorrow morning.