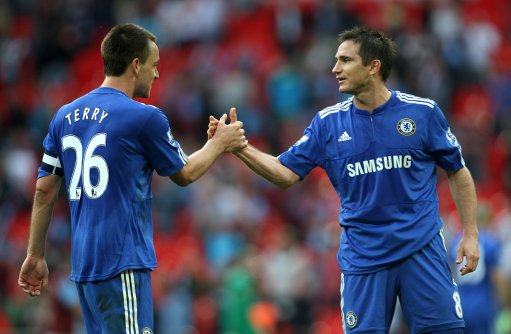 Chelsea manager Carlo Ancelotti has said that he hopes to be able to welcome influential pair John Terry and Frank Lampard back to the first-team fold next week, after both suffered recent setbacks in their respective attempts to return to full fitness.

Terry has missed the last three games with a problematic nerve in his leg, whilst Lampard hasn’t played for Chelsea since August after undergoing surgery on a herniated groin.

Ancelotti confirmed that both players are due to resume training this week, with Terry even likely to be available to face Everton next Saturday:

“Next week will be an important one for Terry and Lampard. We have a week to control their condition and I hope both, maybe more Terry than Lampard, will be able to play against Everton.

“They are very important players, not just technically, but because they have personality and character, and at the moment, we need to have that kind of player at our disposal.”

Chelsea surrendered the Premier League summit over the weekend (thanks to the unceremonious chucking away of yet more points against Newcastle), and have now only managed to harvest four of the last 15 points available to them.