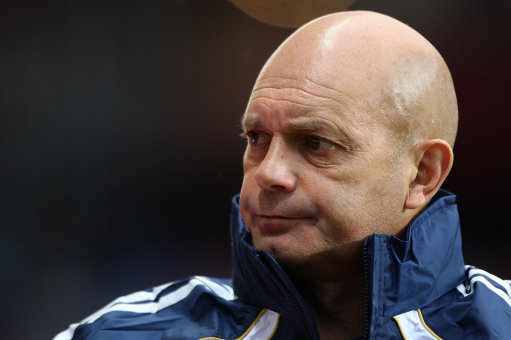 Both Chelsea and their recently deposed assistant head of technical football assistance Ray Wilkins have reached what both parties are calling an ‘amicable resolution’ regarding the latter’s mysterious sacking a fortnight or so ago.

After being dismissed so abruptly by the club, Wilkins sought legal guidance from the League Managers Association (LMA) and it seems that the law bods have now been able to stamp out some form of ‘cordial and professional’ settlement.

Wilkins has this morning issued the following statement on the LMA’s website:

“It has obviously been a big wrench leaving such an illustrious club and one which has played such a huge role in my playing and coaching career.

“I have great affection for the club…and wish them all the very best for the remainder of this season and the future.

“I would also like to thank the club and the LMA for ensuring that matters have been brought to a swift and harmonious conclusion.”

“I am pleased to announce that we have come to a swift and amicable agreement with Ray Wilkins and all unresolved matters have now been settled.

“I would like to take this opportunity to thank Ray for his service to the club and wish him all the best for the future.”

So, a tidy little cash settlement for Butch four weeks before Christmas and everything is a’ight with the world again. Though it looks like we’re still no closer to finding out what actually went down on that fateful day.