He came so close on three occasions this season, but there’s no cigar for Germany’s captain 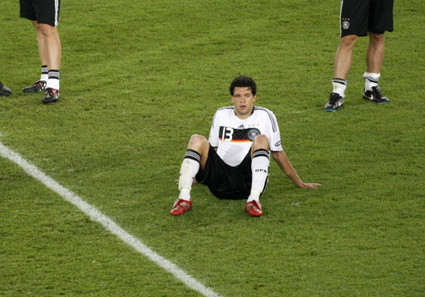 Michael Ballack might have ended the 2007/08 season as a winner of the Premier League, Champions League and Euro 2008. He made it to final games in all three competitions, but in the end, he won absolutely nothing, nichts, zilch. Do you feel sorry for him?
Vote below…

I must admit, I do feel sorry for him. Coming so close to winning three major titles, and then winning nothing, must suck balls; and let’s not forget, he was also suspended for the 2006 World Cup final. Lucky Germans, eh?