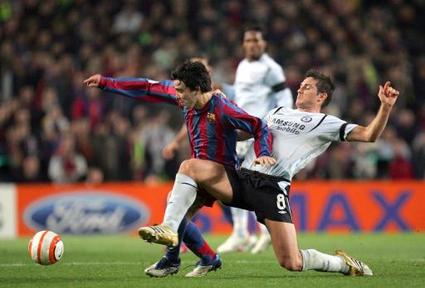 Today is Big Phil’s first official day as Chelsea boss. His first signing was Deco, Portugal’s Brazilian playmaker. Deco has signed from Barca on a two-year deal, for a fee of around Â£8m.
The arrival of one of Big Phil’s most trusted players – the pair teamed up in the Portuguese national team for several years – may hasten the departure of Frank Lampard to Inter Milan.
I don’t see how Lamps, Deco and Michael Ballack can be accommodated in the same team. Someone has to give, and it’s more likely to be Lampard than the German captain. 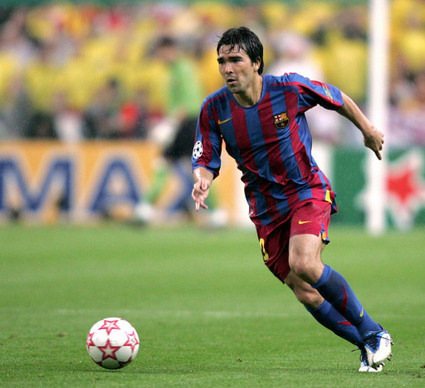 Deco had a solid Euro 2008. He won’t offer Chelsea as many goals as Lampard, but then he is a less selfish player than the Englishman. At 30, Deco is arguably just past his peak, but he’s still young enough to give Chelsea a couple of seasons’ worth of Brazilian brilliance.
I also think that the departure of Lampard will free up Ballack, both on the pitch and in terms of the way the squad interacts. From the outside, it always appeared that John Terry and Lampard bossed the club, almost bullied it. JT would have less power without his best bud sat next to him in the changing room – that may or may not turn out to be a good thing.
Of course, there is no guarantee that Lampard will leave Chelsea. But Deco’s arrival certainly makes things more complicated for F-Wank.
Do you think Chelsea will be better off plus Deco and minus Lampard?