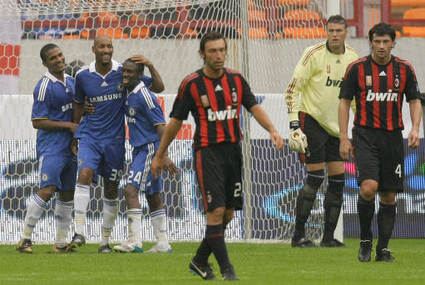 Some clownish goalkeeping by Milan’s giant Aussie, Zeljko Kalac, helped Chelsea rack up five goals against the Serie A team in Moscow at the weekend. Nicolas Anelka helped himself to four, with Frank Lampard also on the scoresheet.
A great result for Chelsea’s self-confidence, but you can’t read much into it: Milan were without Kaka and Ronaldinho, and they didn’t make much of an effort to make a game of it.
Watch all the goals below…