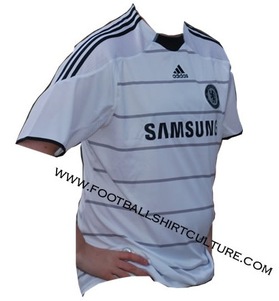 According to the worldwide internet web, this is Chelsea’s new away shirt for next season.
It looks rather 1980s to me (I could see Kerry Dixon wearing it), which is no surprise given that the 80s revival currently in full swing.
Leaked images of Chelsea’s third kit have also been spaffed all over the web. See it after the click… 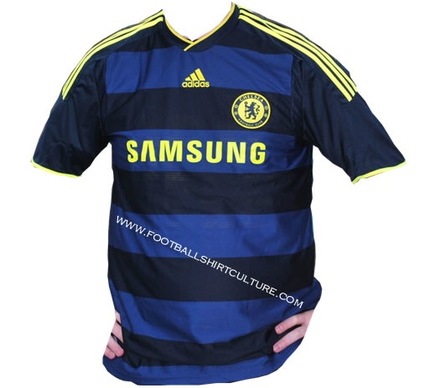 [@ Football Shirt Culture]
Again, the horiozontal stripes and lack of collar give it a very 80s look. Indeed, it seems to be inspired by this Chelsea kit, worn here by the aforementioned Dixon:

What do you think of them? Vote now: