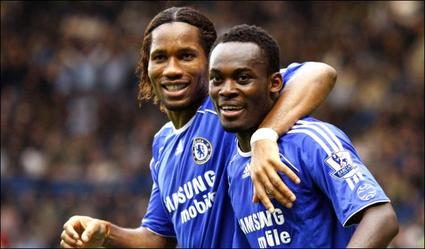 In the last couple of weeks, Arsenal and Aston Villa fans have voted to keep Cesc Fabregas and Ashley Young respectively. Fine choices both.
Today, it’s the turn of Chelsea. If you had to sell all but one of Chelsea’s players (to build an entirely new squad, say) who’d be your last man standing, and why?
Leave a comment with your answer, or vote after the jump…

I voted for Michael Essien. Naturally. But don’t let that influence your vote, oh no.