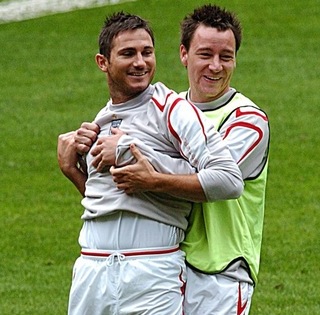 “Lampsy, do I get to dress up smart again?! Wahay!”

FIFA’s 2009 World Player of the Year shortlist was announced today.

Yeah, okay, I gave you a little help with that one.

It’s easy to bash Mr JT (God knows Pies has had a fair crack), but as good a defender as he is (and I think he’s very good, clearly one of the best in England), he simply doesn’t belong in this company. Lampard does; Terry doesn’t.

But feel free to convince me otherwise…