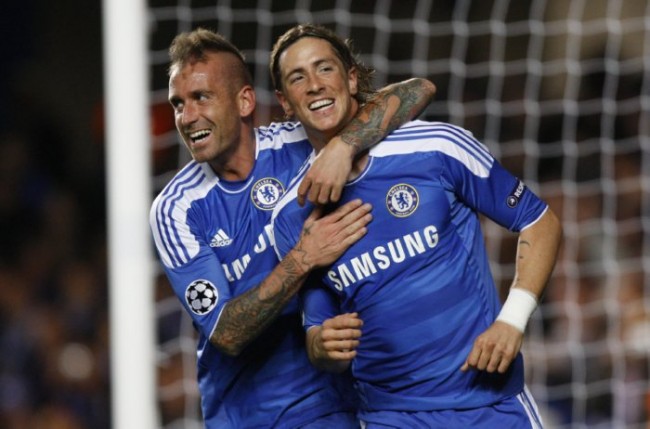 Chelsea saw their 24-matches-without-losing-at-home-in-the-Champions-League-group-stage streak (dating back to 2003) rumble over to 25 last night, with a comprehensive and routine battering of Belgian club Genk at Stamford Bridge.

The domestically-banned Fernando Torres kept his eye in with a brace, with a goal-a-piece from Raul Meireles (a bit of a corker, see below), Branislav Ivanovic and Salomon Kalou fleshing out the rout on what proved to be a pretty easy night’s work for the boys in blue.

The three points harvested see Chelsea sitting pretty at the top of Group E, a point clear of Bayer Leverkusen in second (and with a vastly superior goal difference after last night’s flurry) and a full five points ahead of Valencia in third – meaning that another victory in the return leg in Genk in November should all but see them through to the next phase. Huzzah!