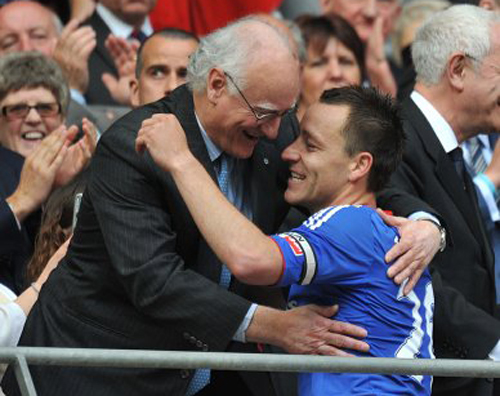 According to the Guardian, Blues bigwig Bruce Buck, in speaking about the club’s failure in their bid to buy back the freehold of Stamford Bridge, went slightly off script in relation to the weekend’s big London derby.

“We will meet with Mr Abramovich and the rest of the board and decide what, if anything, we will do to take things forward, ” said Buck. “We are all Chelsea fans and I can only hope that, on Saturday, we all get together, support this club and beat the c**p out of Arsenal.”

The outburst came at a meeting in Stamford Bridge’s Great Hall, where Chelsea failed to convince the requisite number of CPO shareholders to support their proposal to purchase the freehold, in a move that was seen as paving the way for a move to a new 60,000-seater ground.

One wonders if Arsene Wenger will pin Buck’s quote up on the door of the Arsenal dressing room door this week?