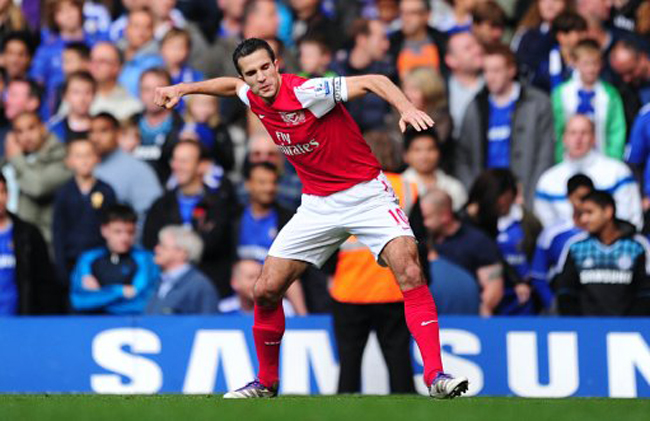 Yet another bizarre, goal-crazy game between a couple of the Premier League’s big guns, this time with a resurgent Arsenal side knocking five past a defensively rubbish Chelsea.

Saying that, the Gunners, courtesy of dismal defending from Per Mertesacker and Andre Santos, were equally feeble at the back. However, with captain Van Persie ascending to god-like status for Arsenal, and Aaron Ramsey and Theo Walcott also stepping up to the plate, Arsene Wenger’s much-criticised side registered a seriously good result.

Chelsea’s man of the moment (kind of), John Terry did score a goal himself, although he then ended up on his arse as Van Persie knocked in Arsenal’s fourth.

While a top four finish looks a reasonable prospect for Arsenal, AVB and his Chelsea side look way short of challenging the two Manchester teams for the title. 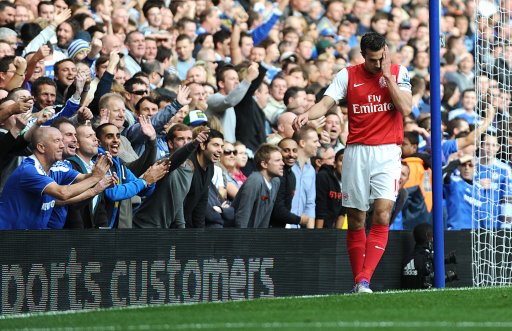 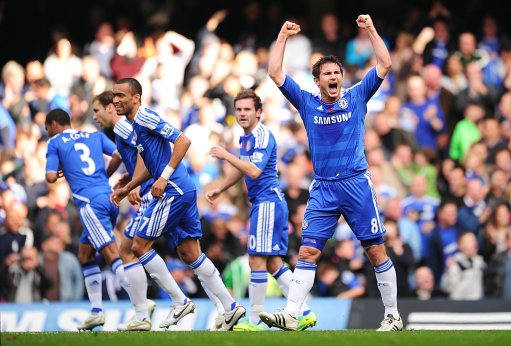 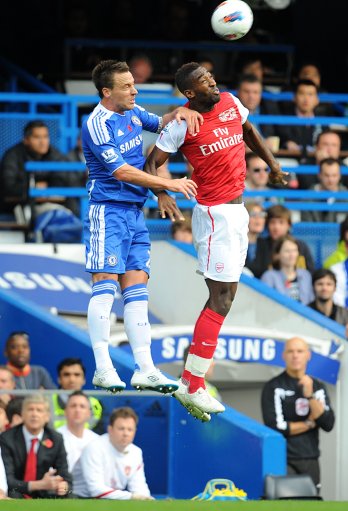 JT and JD battle in the air 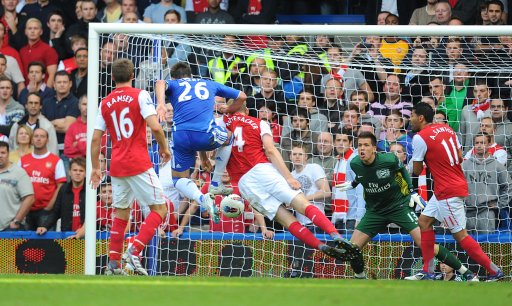 JT scores as Per Mertesacker collapses like a felled tree 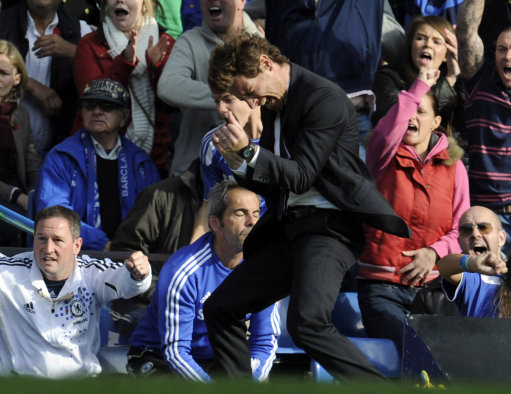 AVB does his little dance 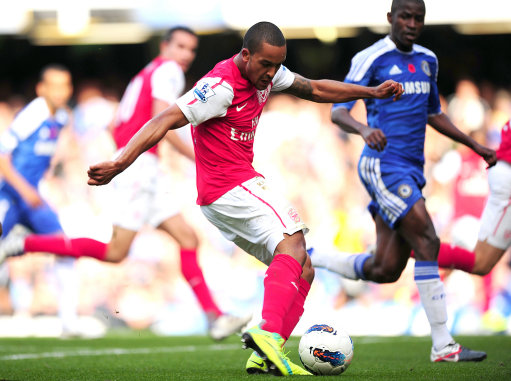 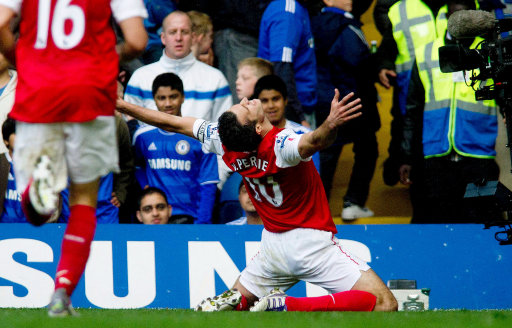 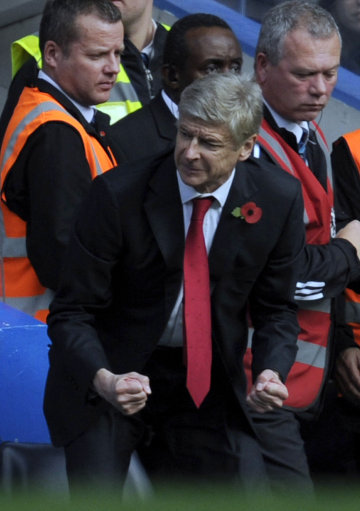 Maybe Arsene does know after all?