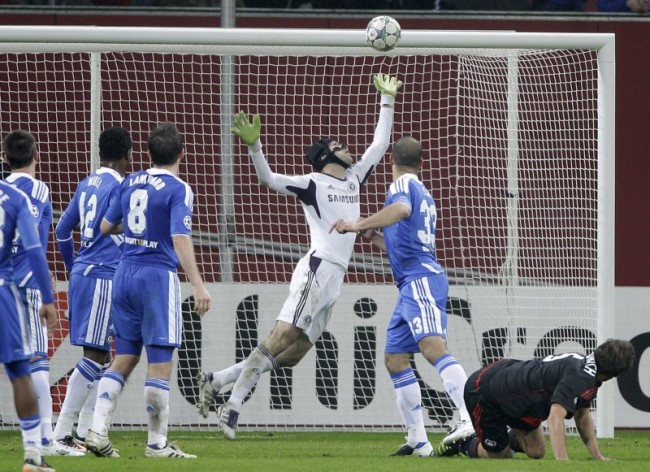 Chelsea will wade into their final group stage game against Valencia in a fortnight’s time needing a win or a goalless draw (because the Spaniards thrashed Genk 7-0) at Stamford Bridge to avoid being farted from the Champions League at the first hurdle (‘knocked out’ in technical terms) after being pipped at the death by Bayer Leverkusen in Germany last night.

Didier Drogba gave his side a deserved lead just after the interval, turning back on himself in the channel like the good old days and sliding the opener inside Bernd Leno’s far post, but Bayer gradually crept back into it – substitute Eren Derdiyok levelling with his first touch before Manuel Freidrich thoroughly tinkled all over Chelsea’s parade with the last meaningful touch of the game, heading a 91st-minute corner past Petr Cech to bugger it all up for AVB.