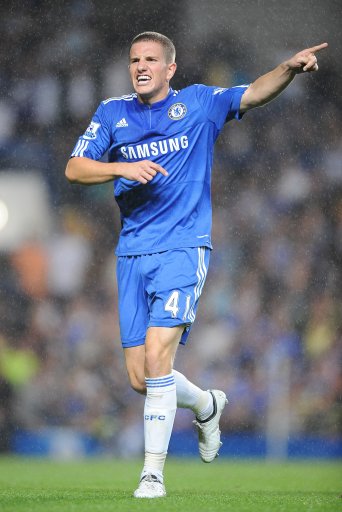 After just four first team appearances for Chelsea, with three of those coming from the bench, Sam Hutchinson decided to retire from football in 2010 after suffering a serious knee injury. This was a tragic tale of a youngster, highly-rated by his former manager Jose Mourinho, who had to give up on his dream.

However, 16 months later and the young defender is back with the Blues, having just penned a new one-and-a-half year deal.

“It’s great to be back and I am looking forward to the future,” said the player. “I take it week by week and it is a slow process. I am still not out of rehabilitation but I am playing 90-minute games and feeling fit.”

After deciding to give up his playing career, Hutchinson worked at the Chelsea academy and was in the process of studying for his coaching badges. It was during this period that he was told that he was able to return to playing the game.

“Should he make progress, ” explained Academy manager Neil Bath, “we anticipate there could be a further contract but he is still going through the early stages of rehab and is still not training with first-team-type loading in terms of intensity and demands.

“It’s fantastic news because we have a player who has been with us since he was seven who we thought had retired, ” continued Bath. “It is looking good that he will have a professional living in the game but we have to stay patient with the plan.”

Let’s keep our fingers crossed, no matter who we support, that the young lad is rewarded for his diligence with a long and fruitful career. Anyway, Andre Villas-Boas can do with all the good news he can get.