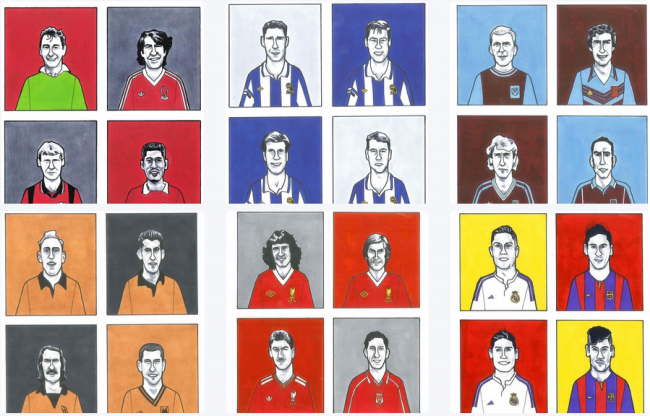 Here at Pies we’re big admirers of the work of illustrator Gavin Hall, aka HallyInk, who has found a cool niche knocking out these cracking limited edition caricatures of football’s great and good.

Finally, after persistent badgering from the likes of us, HallyInk has got around to producing a Nottingham Forest version, featuring bona fide Forest club legends Brian Clough, John Robertson, Stuart Pearce and Des Walker… 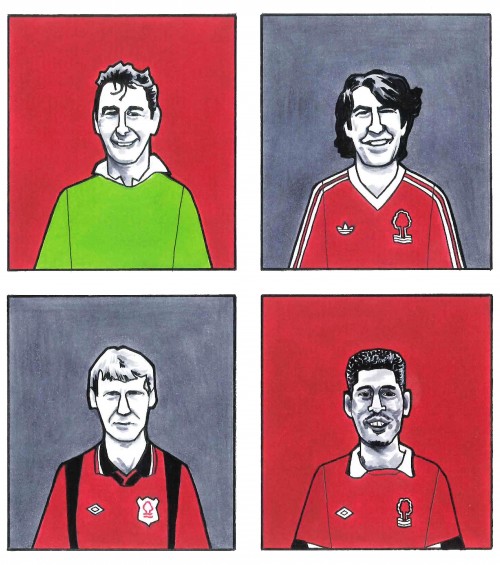 The good news is that Pies are teaming up with Gavin to give one of these limited edition HallyInk Forest prints away.

Only 30 have been made, so you’ll be getting something really rather exclusive here!

There’s no question to answer – all you have to do is follow Pies on Twitter @waatpies (assuming you don’t follow us already – if not; why not?) and @HallyInk and then simply Retweet the following to be in with a chance of winning yourself a limited edition Nottingham Forest print…

The competition is open to anyone worldwide and closes at midnight (BST) on Sunday, with a lucky winner being chosen at random by Pies shortly thereafter.