As much as we love the interwebs, we have often wondered what it would be like to do a real magazine made of paper. Well, we have decided to stop wondering and, to quote a large sportswear manufacturer, Just Do It. 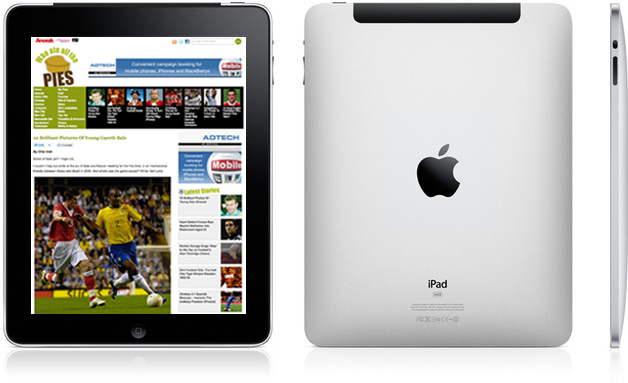 We are currently working away on the first magazine issue of Who Ate All The Pies, which will be available both as a printed mag and an iPad magazine (a FREE iPad mag) in early December.

If you have an iPad you’ll be able to downaload it for nowt then. If you want the printed version – because you love us, or you contributed to it, say – then we’ll let you know how much it will cost and where you can order it from nearer the time.

As you beautiful people contribute so much to the success of Pies, we also want you to play a major part in creating the mag. Call it crowdsourcing, call it laziness on our part. Either way, please do get in touch.

We are looking for the following:

1. Feature ideas Got an idea for a great top 10, or a longer read? Tell us. You will be credited, and you may even get the chance to write it yourself. That applies not only to casual readers but also to those of you with your own football blog.

2. Matchday photos Take your camera along to any game in the next couple of weeks. Snap away. We’ll print the best photos in a photo essay that will appear in the first issue. We’ll also give away a digital camera as a prize for the best photo. So email your pics to us (ollie@anorak.co.uk), or upload them to your Flickr/Facebook account and let us have the details. We’re looking mainly for cool, colourful photos of grounds and fans, not action on the pitch. If you have already taken some cool footy pics this season, then please send them in too.

As I said, anyone who contributes will get their name in the first issue.