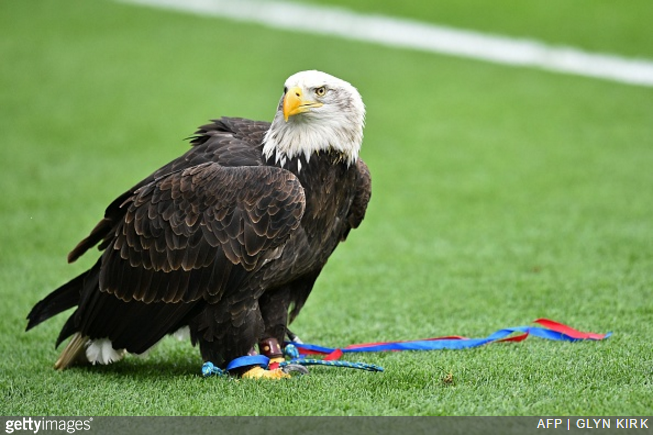 A Charlton fan who tried to punch Crystal Palace’s famous eagle mascot during a heated South London derby in 2015 has denied the charge of criminal damage.

The 35-year-old Daniel Boylett was picked up by police after Charlton’s 4-1 defeat to Crystal Palace in the EFL Cup at Selhurt Park in September 2015.

Boylett was accused trying to punch ‘Kayla’, Palace’s famous American bald eagle as she flew around the stadium before the game.

At the trial, prosecutor Daniel Higgins explained how the eagle’s handler, Chris Belsey, had been walking her around the ground as usual. He said:

As he passed the stand he noticed three or four fans were shouting abuse and one of these three or four lent over the barrier and threw a punch directed at Kayla.

Mr Belsey is unsure if the punch directed at the eagle had landed. He pulled Kayla away slightly to keep her from any further attack and then walked away.

However, Boylett, who was in the dock alongside a number of Charlton fans accused of violent behaviour, denied the charges.

Millwall should introduce a real lion as their mascot and see what the visiting fans do then.