Crystal Palace are using garlic to improve the quality of their Selhurst Park pitch ahead of the new season.

The Selhurst Park playing surface has been plagued by microscopic parasites which weaken the roots of the grass.

Liquid garlic is apparently an effective treatment for those parasites, with the Eagles’ ground staff waging a rather stinky war on the blighters. 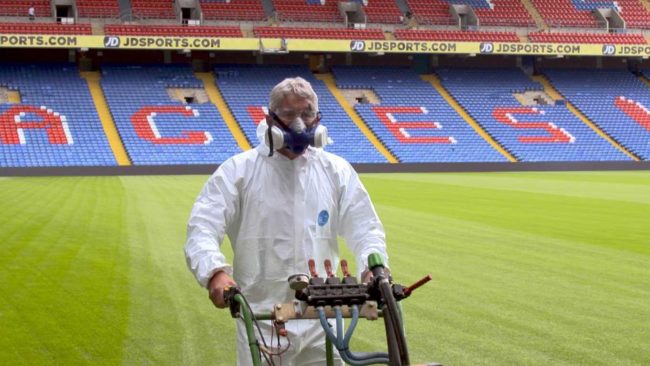 Think of your garlic at home and times that by 100.

We have a problem with nematodes, which are a microscopic, parasitic worm-like creatures that live within the root zone.

When it gets in there it can distort the roots system and creates a weak plant that is susceptible to disease and wear and tear.

Palace host new-boys Huddersfield on the opening day of the Premier League on August 12th, a game which will see new manager Frank de Boer in charge.

Let’s hope the garlic works before then. And the smell has gone too!