The boring old fuddy-duddy British government have rejected widespread clamour for Harry Maguire to feature on the new £50 bank note.

A petition to get the image of England’s World Cup hero riding on the back of an inflatable unicorn garnered over 42,000 signatures, but the Bank of England have nevertheless chosen to snub the public in favour of having a “prominent scientist” replace steam engine entrepreneurs Matthew Boulton and James Watt on their new polymer note. 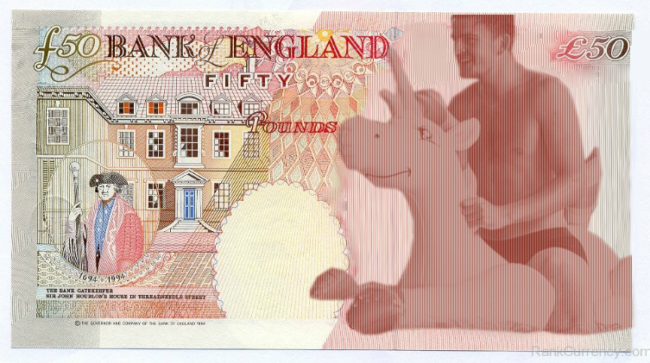 Rather than Maguire and his trusty steed, The Bank of England have confirmed that they plan to feature an important figure (living or deceased) in the any field of science, be it astronomy, biology, bio-technology, chemistry, engineering, mathematics, medical research, physics, technology or zoology.

The public can now submit their nominations via The Bank’s website, with governer Mark Carney saying:

There is a wealth of individuals whose work has shaped how we think about the world and who continue to inspire people today.

Our banknotes are an opportunity to celebrate the diversity of UK society and highlight the contributions of its greatest citizens.

BBC News are speculating that Professor Stephen Hawking is the frontrunner for the nod, though Alan Turing and Ada Lovelace are other strong contenders.

Intrinsically pioneering as they all may be, did they even come close to bringing football home from Russia?