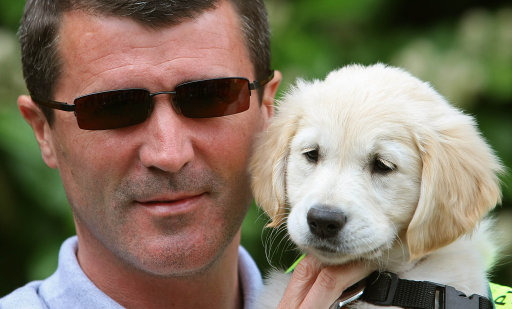 If you were a strong enough human being to endure the usual trite ‘man on the terrace’ bile from Adrian Chiles on ITV tonight for the post-Spain v Ireland analysis, you would have witnessed another of Roy Keane’s ‘telling it like it is’ moments.

The former Boy in Green lambasted the performance by the Irish team and questioned the attitude of a number of the players who played against Spain.  After watching a post-match interview with Keith Andrews, who praised the Irish support (who magnificently sung ‘Fields of Athenry’ during large chunks of the game), Keane said:

“Listen, the supporters want to see the team doing a lot better and not giving daft goals away like that. I’m not too happy with all that nonsense. To praise the supporters for sake of it?  Let’s change that attitude towards Irish supporters.”

“They want to see the team winning. Let’s not kid ourselves, we’re a small country, we’re up against it, but let’s not just go along for the sing-song every now and again.”

Now, in a sea of beige, bland punditry, Keane’s outspoken views should, in theory, be welcomed. However, the former Man Utd star’s apparent ‘no holds barred’ views all too often smack of bitterness rather than genuine honesty. Remember, this is the man who walked out on the Ireland team at the 2002 World Cup finals, as well as failing to match the kind of managerial success in his own post-playing career that he seems to expect from every other coach.

In questioning the attitude of the Irish team,  he is also questioning Ireland boss Giovanni Trapattoni, a legendary manager with an incredible CV who, by simply getting a very limited Irish side to the Euro finals, has been a successful appointment. Indeed, to  say that Ireland shouldn’t just go along to major finals just “for the Singsong” is pathetically patronising to the Irish squad.

It seems that, in his eagerness to appear as a hard-nosed, cliché-free pundit, Keane has lost the ability to analyse a game properly, instead lazily calling on his faux-‘telling it like it is’ demeanour.

Blandness is unacceptable, or should be, in TV football punditry. But bitter, mock-honesty is little better.