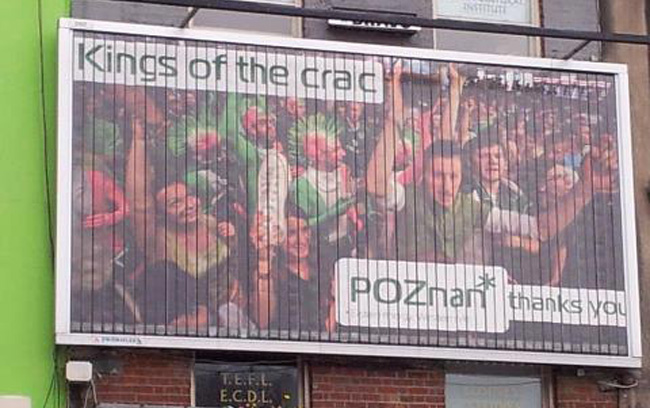 Forget what comedy grump Roy ‘stick it up yer bollox’ Keane said, the Irish fans’ performance at EURO 2012 was worth celebrating, even when their team failed miserably on the pitch. And in gratitude to the Irish fans’ positive attitude and general friendliness, the Mayor of Poznan, Ryszard Grobelny, organised a little gesture of his town’s appreciation with this rather nice billboard.

I think the ‘i’ from ‘craic’ is hidden by one of the gaps in the billboard. Either that or they spelt it bloody wrong.

Anyway, if only the Irish fans could direct some of that enthusiasm in the direction of the League of Ireland.