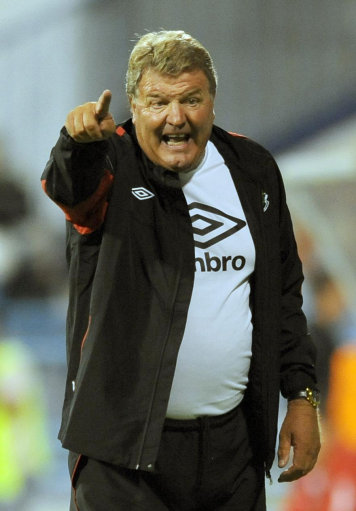 BBC Sport are reporting this morning that John Toshack is currently clearing his desk and getting ready to quit as the manager of Wales, after taking the team as far as he feels is humanly possible.

Toshack is not thought to be under any pressure to resign by the Welsh FA, but has held talks with his superiors after his side lost out to Montenegro in their Euro 2012 qualifier on Friday night.

Like a vulture circling a decaying cow carcus, former Wales midfielder Robbie Savage (who is one of Toshack’s fiercest critics after being dropped by him five years ago), has been quick to air his views – telling the Beeb;

“It is time John left Wales. I think we need a fresh start, fresh impetus. We need to get the crowds back and I think Toshack has to go.

He has made enough excuses, he has been in the job six years. Judge him on his qualifying campaigns – they haven’t qualified yet and they have got off to a terrible start again.”

The 61-year-old former Real Madrid coach has instigated somewhat of a mini-revolution in the Welsh camp during his second stint in charge, affording many of their talented youngsters with a chance to shine on the international stage.

Former fringe players such as Aaron Ramsey, Joe Ledley and Gareth Bale were all elevated to the first string during Toshack’s tenure, and his faith in promoting youth looks certain to stand his successor in fairly good stead – although they’re still sh*te at the back!