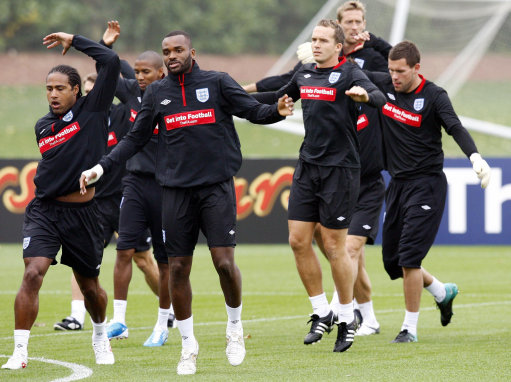 Just a quickie to tell you that England manager Fabio Capello has confirmed that Darren Bent has been ruled out of tomorrow’s Euro 2012 qualifier with Montenegro after suffering a groin tweak in training on Monday.

It’s a massive blow for the Sunderland striker, who has now been robbed of the England starting berth that he had so thoroughly earned.