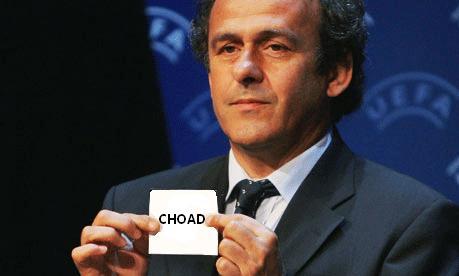 UEFA have just announced the seeding of the 16 teams that will be plucked from the perspex goldfish bowls of doom in Kiev on December 2nd, and they look a little bit like this…

Lawdamussy. Thanks to UEFA’s ranking-based seeding system, it looks like we’re due at least one good, old-fashioned ‘Group of Death’ in a fortnight’s time – Spain/Germany/Portugal/France anybody?

As for England, you’d have to suggest that being pulled out with Poland, Greece and (arguably) the Czech Rep would represent the kindest possible draw – though there’s a real threat of getting saddled with Spain, Portugal and France. At least we’d be going into the tournament with a ready-made excuse.

What’s more, with Ireland being placed in the fourth pot, it looks like they’re likely to be handed a stinker of a group ahead of their first outing at a European Championships for 23 years to boot.

Any thoughts on the seedings/draw/possible permutations folks?