With the tournament set to open in less than 72 hours, UEFA have knocked out a guide to help us, the great unwashed, get our lumpen tongues around some of Euro 2016’s more challenging player names.

Especially handy for those fans who have pulled out Albania, Romania or Iceland in the office sweepstake, UEFA’s guide features phonetic break-downs of the more daunting surnames taking part in France. 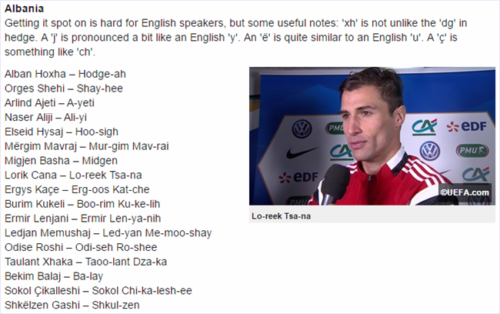 As you can see, UEFA have also taken time to provide diacritic assistance for those struggling to sort their umlauts from their inverted breves, which is jolly nice of them.

However, before it was amended, they did make a bit of a hash of the largely straightforward Republic of Ireland section… 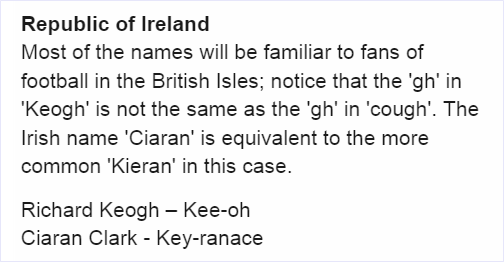 For the record, we’re fairly sure it’s just pronounced ‘Kieran’.