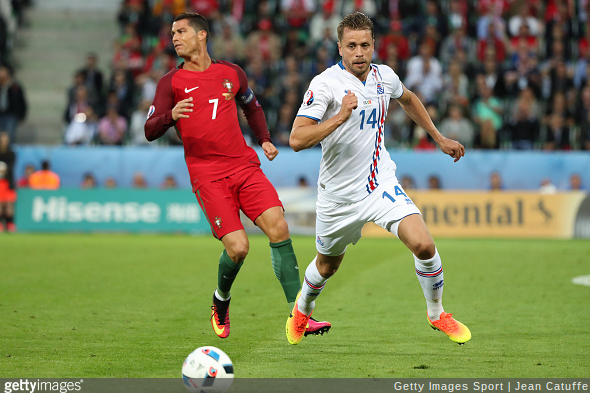 Iceland defender Kari Arnason has exercised his right to reply to Cristiano Ronaldo’s bitchy quips in which the freshly-creosoted forward accused Portugal’s maiden Euro 2016 opponents of being “small time”.

Ronaldo failed to make any in-roads against an Iceland team who manfully slogged their way to a 1-1 draw, with the Real Madrid man huffing, puffing and offering a series of his frustrated pouts toward the big screen throughout the match to no avail.

“He didn’t want to lose the game. What does he expect – for us to play like Barcelona against him? He fannies about and dives around.

Too right. Iceland did a fine, disciplined job of containing Portugal and Ronaldo and even bagged themselves a big point into the bargain. What’s not to love?*

(*says the man who has them in the office sweepstake)